Established in Singapore in 1992, HISAKA has transformed into a leading automation solutions provider in the Asia-Pacific region, specializing in mechanical motion products. 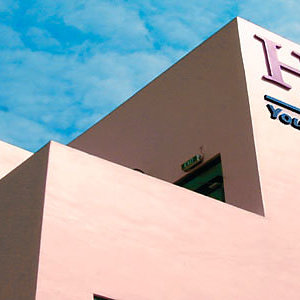 This news belongs to our archive.

The following case study illustrates how International Standards, specifically ISO 9001, can be a valuable tool for small and medium-sized enterprises (SMEs), in general, and HISAKA, in particular.

“Punching above their weight”

“ISO 9001 for quality management has served HISAKA well, especially since we have grown into a medium-sized company. Our quality management system provides clear guidance to existing and new employees on our procedures, controls and improvements,” says Jackie Cheng, CEO of HISAKA, a Singapore-based precision engineering firm.

Mr. Cheng sees standards as an important way for smaller companies to punch above their weight, as they work to establish themselves in the market and expand their operations.

“In Asia, applying International Standards and quality management systems is an accepted prerequisite for most established businesses. The ability and willingness to conform to international quality criteria gives a business instant credibility and accountability, especially for SMEs,” he adds.

HISAKA is a testament to this view, having grown significantly in the past decade. From a headcount of around 20 and revenues of less than SGD 10 million (USD 8.2 million) in 1999, the company now employs more than 130 staff and boasts an annual turnover of close to SGD 70 million (USD 57.2 million). It has also expanded its operations beyond Singapore to include offices in Shanghai and Suzhou in China, and Chennai in India.

In the precision engineering sector, quality is a critical factor, making standards such as ISO 9001 all the more important. For HISAKA, standards played an important role in the company’s evolution from a trading firm providing mechanical parts to Japanese and American multinational corporations based in Singapore to a leading automation solutions provider across the Asia-Pacific region.

Mr. Cheng notes that standards helped the company and its management understand what needed to be in place to deliver sustainable quality and growth. “International Standards provide critical guidance to SMEs such as ourselves when they are formulating business procedures, controls and improvements. They serve as yardsticks for SMEs to verify and test their processes and procedures, and have them independently inspected.”

One area that has improved significantly as a result of ISO 9001 is the documentation of processes. Prior to the company’s certification, there were fewer controls and less accountability in HISAKA’s processes than there are today, largely due to a lack of documentation. By introducing documentation requirements, the company has seen process improvements and enhanced product and service delivery.

Mr. Cheng cites the processes involved in product failure as a clear example. In the past, incoming or outgoing product rejections were handled verbally or via e-mail. This, however, did not lend itself to effective analysis of the causes and the subsequent development of remedies or solutions. Following HISAKA’s certification to ISO 9001, staff has to fill out forms to document the quality checks performed and capture the product failure data. The result has led to an improved ability to take corrective and preventive actions and, at the same time, to reduce or eliminate recurrence.

This is just one example of the improvements that ISO 9001 certification has brought the company. Indeed, its influence can be seen in all areas of the business, from customer engagement and product management to service delivery. “Our quality management system is now the backbone of our entire operation,” adds Mr. Cheng.

While examples such as the rejection-handling process demonstrate how International Standards can help SMEs to develop good practices and stringent procedures, Mr. Cheng believes that they can also play an important role as a marketing tool for smaller companies looking to establish themselves in the market.

Positioned effectively, International Standards can be a valuable marketing tool for SMEs that, given their limited resources, may not have the ability to promote themselves to wider markets regionally or globally. The instant recognition of an ISO standard, for example, can raise the standing of a company in the eyes of potential customers, as it has done for HISAKA.

“In 1999, we decided to obtain certification to ISO 9001 to gain recognition from customers and suppliers that our procedures meet the standards of this certification, and to show that we have a quality management system in place to ensure quality products and services,” Mr. Cheng explains.

He cites ISO 9001, with its stringent third-party auditing and certification process, as one of the most trustworthy and reliable indications of an organization’s commitment to quality products and services, continual improvement and customer satisfaction.

“An SME exhibiting the ISO logo on its letterhead or marketing collateral sends a powerful marketing message to potential customers and suppliers,” says Mr. Cheng.

Importantly, this message translates well in virtually any market around the world. Indeed, ISO 9001 certification is almost a prerequisite for large existing and potential customers and suppliers, both locally and internationally, notes Mr. Cheng.

Moreover, International Standards are a critical tool for overcoming technical barriers in international commerce caused by differences among technical regulations and standards developed independently by each country, national standards organization, or company. This international recognition means that companies looking to expand into new markets cannot afford to ignore standards.

For HISAKA, its ISO 9001 certification has facilitated regional expansion into markets such as China and India. However, it was another ISO standard that led to one of the company’s most exciting developments in recent years – its expansion into the medical devices sector.

As part of HISAKA’s efforts to capitalize on new growth opportunities and create new streams of revenue, it collaborated with Singapore’s Agency for Science, Technology and Research (A*STAR) to commercialize its first medical device, the Portable Blood Bag Warmer system. A key milestone was attaining certification to ISO 13485 for quality assurance in medical device design and manufacturing in 2011.

“ISO 13485 for quality management systems of medical devices is a mandatory standard for HISAKA as the company diversifies into the medical space. Getting there was not easy as there were a number of requirements that were very strict and unique to medical devices. Along the way, we devised, developed and improved our quality management system, as well as training and equipping our employees with new and improved knowledge and skills,” explains Mr. Cheng.

HISAKA emerged from the certification exercise with a stronger and more versatile quality system and workforce. This has paved the way for the development of new medical devices, including a digital stereo microscope system, which is in the process of being commercialized.

The effort that goes into certification can sometimes turn a company off. In HISAKA’s case, Mr. Cheng says that employees found it a hassle to adapt to the new or additional procedures and forms, but notes that it was simply a natural resistance to change. By clearly communicating the importance of standards to employees, the management was able to get their buy-in to the need for a more structured approach to quality assurance.

“As we grew bigger, our employees recognized that information must be documented and shared, and that the company could only function effectively with a clear and standardized procedure to eliminate mistakes and inconsistencies,” says Mr. Cheng.

Employees also came to realize that standards are prized by the industry and would be a solid competitive advantage for the company – an advantage that has played an important role in HISAKA’s ongoing success and bright future prospects.