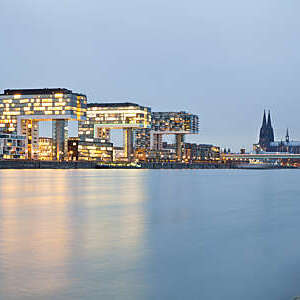 Ten years ago, the United Nations announced that the human race had reached a tipping point. 2007 marked the year that more than 50 % of the world’s population lived in cities. Today, that proportion is far higher and for billions city life is the only way imaginable. Fortunately, a new ISO/IEC standard is helping make that ongoing growth safe and sustainable.

If there’s one thing most people can agree on it’s that cities need to be smarter. They need to be designed smart from the outset, where possible, and their ongoing growth and expansion also needs to be smart. But it’s a whole lot harder to find a shared concept of what a smart city actually is. That where ISO/IEC JTC1 comes in.

At the heart of the world’s best-known and most widespread ICT standards, ISO/IEC has developed a new International Standard that provides essential “concepts”. These intangible components of urban living are things like place, community, service and resource. Published in May 2017, ISO/IEC 30182, Smart city concept model – Guidance for establishing a model for data interoperability, gives guidance on a smart city concept model (SCCM). In addition to defining these concepts, ISO/IEC 30182 defines the relationships between them, such as organization’s resources, or an event at a place.

Just as there is no single city that defines what cities are in general, there is no single plan for a smart city that can apply everywhere. But by providing a conceptual model, ISO/IEC 30182 facilitates the sharing of ideas, information and solutions. This means improved circulation, reduced pollution, faster information and safer, happier people, connected to each other both physically and virtually, as a community.

One of the aims of the International Standard is to look beyond the current use of data as a mere facilitator of city services. The goal is to encourage decision makers to explore the reuse of data as a resource to innovate the future direction of systems and services. By exploring a number of different insights (operational, critical, analytical and strategic) ISO/IEC 30182 is relevant to both open data (shared under an open licence) and closed data (where the security and privacy of the content is protected). When the same concept model is applied to all, it becomes possible to track where statistics and analytics have been derived from operational data, and to observe the impact of strategic decisions.

So while ISO/IEC 30182 has immediate and practical real-world applications in how urban populations can live smarter, it is much more. It’s a tool to facilitate the discussion that, for more than ten years, has been one of our planet’s most important: what are the smartest ways for populations to interconnect and make the best use of their resources.